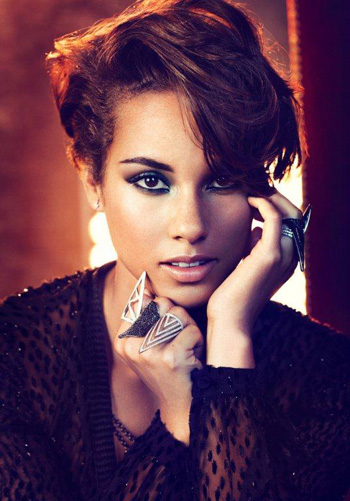 Alicia Keys discusses her new CD, Girl on Fire, her marriage to music producer Kasseem David Dean, Swizz Beatz and their 2-year-old son, Egypt. Keys talks about supporting new artists, building a foundation to help children with AIDS in Africa and India and how music has helped her to understand more about herself and others.

Alicia Keys is an award-winning R&B musician, actress and philanthropist. Keys has won 14 Grammy Awards and 14 NAACP Image Awards, has 5 platinum albums and is co-founder of Keep A Child Alive, a foundation that provides medication and support for children and families affected by AIDS. Keys has starred in several films, including Smokin’ Aces, The Nanny Diaries, and The Secret Lives of Bees.

Alicia Keys most recent album, Girl on Fire, released in November 2012, debuted at the top of the charts and is her fifth number one album in the United States. In October of the same year, Keys released a mobile interactive storytelling app for children called The Journals of Mama Mae and LeeLee . Alicia Keys is also an author of a book, Tears for Water: Songbook of Poems and Lyrics, which was published in 2005.

Born in Harlem and raised in New York City’s Hells Kitchen, Keys cultivated her artistic talent from an early age, beginning to play the piano at age 7. Keys graduated from the Professional Performing Arts Academy at 16 as valedictorian of her class. Although she received a full scholarship to Columbia University, Keys decided to pursue her love for music and signed with her first label. Her first album, Songs in A Minor, won multiple Grammys in 2002, including Best R&B Album and Song of the Year for Fallin’.